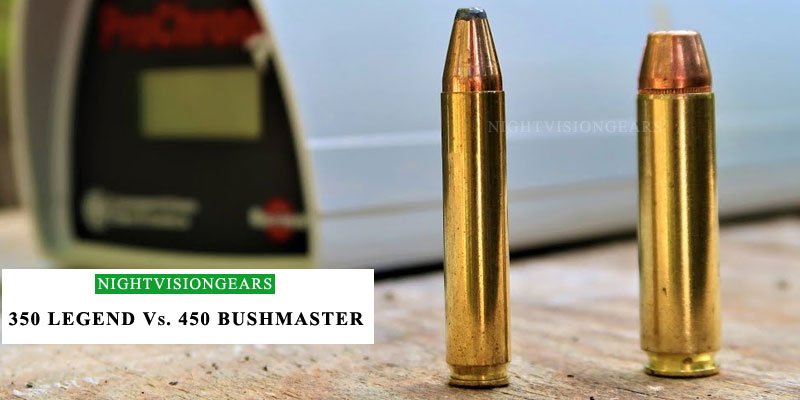 Over the past decade, the State Wildlife Management Agency has opened deer grounds where only shotguns can be used. But in the last few years, the market has been changed into the firearms world. They have developed a number of straight-walled cartridges and the first one to become popular is the 450 Bushmaster.

So which round is better: 350 Legend or 450 Bushmaster? Let’s dive into these straight-walled cartridges and find out what’s best. 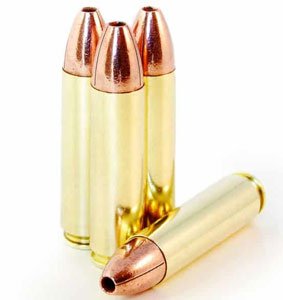 Therefore many of them started manufacturing semi-auto rifles and bolt action rifles for the 450 Bushmaster. Federal and Hornady are popular companies in manufacturing very accurate loads for hard-hitting.

One of the negative impacts of the 450 Bushmaster is the recoil associated with the ammo. It is hardly possible to manage the recoil.

The 350 Legend is a newborn in the hunting field but has proved itself a great straight-walled cartridge. Depending on the weight of the bullet 145, 150, or 180 grains, the velocity varies. 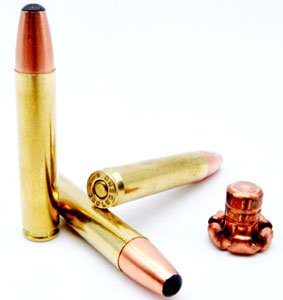 It is really nice to shoot and is less abusive with recoil. This is the biggest advantage of the 350 Legend ammo. So you can use any rifle that has a good amount of stopping power. Undoubtedly, you’ll enjoy it.

If you really want something to enjoy hunting during the deer season, then you can make your trip with the 350 Legend. It shines as a delightful gun to shoot and hunt.

450 Bushmaster has been the king of straight-wall calibers for a long time. But, after the arrival of a new contender 350 Legend in the town, hunters are confused to pick one. Though 350 has greater potential, it was tough to dethrone the 450 Bushmaster.

So to find out the best ammo for hunting, we select two hunting rounds that are similar in weight and style for the calibers. In the 450 Bushmaster series, our choice is Hornady 250 grain FTX Load and in the 350 Legend, let’s go for Winchester 150-grain Deer Season XP ammo. It is the fastest straight-walled cartridge in the hunting world, says Winchester. So both are tough enough to fight.

Why did we select them?  Because both rounds have similar data and are common in the field. Also, they both come from a 20-inch barrel and are used by most ammunition companies.

The heavier payload of 450 delivers a higher energy transfer upon impact. But with good shots, that extra energy doesn’t outweigh the benefits of a smaller round. Here, the 350 Legend drops with a small difference. But for longer shots, the 350 round wins.

Truly speaking, the 350 Legend is not much stronger than the Bushmaster in Ballistics, but still, it wins in other categories.

Recoil is one of the important features that a bullet produces when it strikes out of the barrel. Most of the hunters often fail to see how much “kick” they can withstand from a particular rifle-cartridge combination. But some people are proud of themselves for how much recoil they can endure.

It does not matter how far a cartridge can send a bullet and how much destruction its terminal ballistics can cause once it reaches the target. But you have to tackle that recoil.

In comparing 450 Bushmaster vs 350 Legend, the smaller-caliber cartridge has many advantages.

Using a smaller or lighter bullet generally produces less recoil. Also, it depends on the type of rifle you use, its weight, and more precisely the number of foot-pounds of energy that jolts your shoulder.

But the 350 Legend and 450 Bushmaster are chambered in the same line rifles with minuscule differences. They track closely in weight and when chambered the 350 Legend is more pleasurable to shoot.

To be frank, the 350 Legend is very much pleasurable and can manage anyone’s standard rifles.

This not only reduces the chance of forming a flinch but also improves the hunter’s ability to provide an accurate shot. The 450 Bushmaster will never be hands down in any factors except the recoil.

Coming to rifles, manufacturers are offering the same model rifle for both 350 Legend and 450 Bushmaster. For example, Ruger chambers its American Ranch rifle for both rounds, with only a few differences between them.

In addition, the multi-cartridge-rifle combination is fitted with muzzle brakes to help alleviate the angry animals. And for the 350 case, the AR rifle does not come with muzzle device standards.

When we compare by size, both 450 bushmaster and 350 legend have the same length, 1.71-inch long case, in case if the bullet is included, the length vary as 2.25 inches.

If recoil, money, and bullet drop are important for you, then the new arrival 350 beats the 450. When considering energy, the 450 Bushmaster stands high. No one can push it down.

Absolutely, 450 bushmaster will be the perfect option for deer hunting, it comes out with a 250-grain bullet and has 2100 fps of muzzle velocity. This strong capability can quickly drop a deer and lead for a successfull hunt.

450 Bushmaster and 350 Legend are not considered ideal cartridges for long distances; their effective range is between 150-165 yards.

D. With what cartridge can we compare a 350 Legend?

The 350 legend uses a smaller diameter bullet, so it is compared to a 357 Magnum. But the whole cartridge is comparable to a .223 Remington.

E. What are some alternative straight-wall cartridges for deer hunting?

Hunting is a great skill and also one of the best hobbies that you can easily pick up. The only way to get close to animals is to load your own ammunition. Which ammo do you want, the 450 Bushmaster vs 350 Legend? Both secured a very big place in the hunting world today.

The 450 Bushmaster is a hard-hitting beast with lots of knockdown power and is an effective option for deer hunting or other medium-sized animals. But if you want something to shoot for fun, then the 350 Legend will make your day enjoyable. Also, it is very cheap.

At the end of the day, have you found out a clear winner in the 350 Legend vs 450 Bushmaster battle? If you’re confused, then I’ll tell you my suggestion.

To be honest, the 350 Legend scores easily by a wide margin with its features. But performance-wise, the margin line of the 350 becomes thin whereas the 450 sits stronger on the other side. So it’s your time to determine what you want.

I always like to hear all your thoughts. So let me know your interesting stories in the comment section below.

Also, If you have any queries, please feel free to comment in the box. Stay safe and enjoy your trip!!