The shooting community was shocked by the new arrival, .327 Federal Magnum. It was introduced in the year 2008 by Ruger and Federal. This .32-caliber cartridge is designed as a powerful personal defense cartridge that can approach 357 Magnum ballistic levels. It is an ideal round for small-game hunting.

Ruger and Smith & Wesson provided small revolvers for this round, but that really did not take off. A decade later, it gained new traction. The 327 Federal Magnum is now a great defensive handgun ammo option. It is useful for self-defense, plinking, and hunting.

As the .32 caliber is smaller in size, it allows the small-frame .357 wheel guns to add another caliber into it. For instance, a Ruger SP101 can hold five .38 Special rounds, but the same gun holds six .327 Federal rounds. 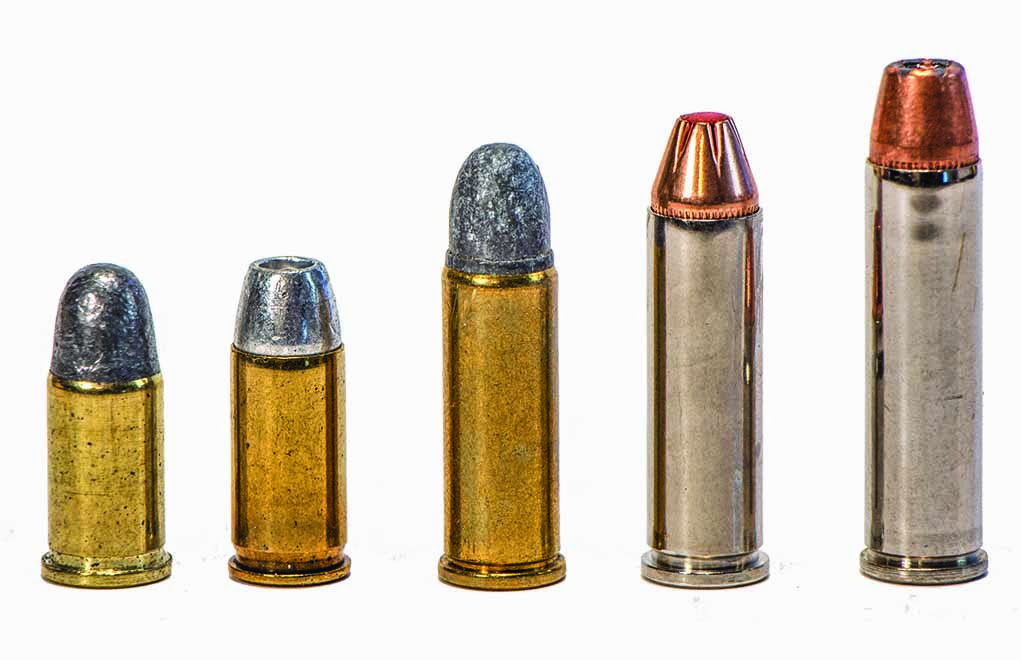 Why does the 327 Federal Magnum shine?

In 1983, the Federal launched the .32 H&R Magnum to the shooting world. It appeared to be an upgraded version of .32 Long with a few differences. It has a longer case and is loaded to a higher pressure of 21,000 psi compared to .32 Long having 12,000 psi. This resulted in an increase of velocity of about 300 fps. This new cartridge can be housed in Ruger’s Single Six revolver.

Later in 2008, Federal again surprised the shooters with .327 Federal Magnum. Here they lengthened the .32 H&R Magnum case and raised the pressure just like they’d done in the previous version.

This time they had increased the pressure by 45,000, which is double the amount of the .32 H&R Magnum. By increasing the pressure, the velocity automatically increases, here is where the .327 Federal Magnum stands out.

Federal proudly says it as one of the most powerful handgun cartridges of all time.

From a 3-inch barrel revolver, with 115-grain bullets, one can expect high muzzle velocities of up to 1,335 fps and 1,450 fps for 100-grain bullets. Longer barrels produce even higher speeds.

Similarly from a 5.5-inch barrel, the 115-grain cartridge delivers 1550 fps velocity and 1,725 fps with 100-grain. To handle these blistering velocities Federal and Speer developed a special bullet. Speer’s Gold dot bullet can penetrate 17.5 inches and expands to 0.45 inches retaining 85 percent of its weight. While the Federal’s 100-grain JSP bullet will penetrate 16 inches, expand to 0.51-inch and retain 97 percent of its weight.

So depending on the type of your program you should use cartridges. If you’re out there for plinking, then use .32 Shorts. For small game hunting, use .32 H&R Magnums and for hunting deer or self-defense use .327 Federal Magnum.

You would be wondering that 327 Federal Magnum revolvers are versatile and practical, but why are they not more popular? This is slightly the fault of the Federal.

Initially, this cartridge was used as an alternative to .357 Magnum, as it offers lower recoil and is effective for all practical purposes. But it cannot compete with the well-established .357/.38 Special revolver options. So the .327 Federal Magnum was housed only in small double-action revolvers and the shooters mostly yawned using it. But this was not an end.

Later in 2015, Ruger and Lisey-a firearm distributor paired to offer .327 cartridges in their Single Six, i.e, a single-action revolver. And further, the Single Seven was born that breathed a new life into the .327 Federal Magnum. It is used not only for defense but also for general purposes. Lipsey’s 4.6-inch, 5.5-inch, and 7.5-inch barreled versions also hold seven cartridges.

This 327 cartridge is a great option for all guns. But the problem that arises here is because of the gunmakers inserting them into the wrong handguns. But now you don’t have to worry, Lipsey’s Single Seven is always ready. If you’re looking for a revolver to take on for hunting, camping trip, or hike, to support your shotgun while hunting, then the revolver chambered for the .327 Federal Magnum would be an excellent option.

Lipsey’s Single Seven is also called S&S. Its latest version is Bisley Single Seven. This revolver is colored blue and has a 5.5-inch barrel. The hammer style is very comfortable than the traditional single-action guns.

The grip positions the hand perfectly to handle the trigger, without disturbing the sights. It would be easy for you to manage seven out of seven hits with this Bisley gun. It is not possible with any other handgun.

The concept of lever-action is rooted in the American West. The concept involves the sharing of the same ammunition in a revolver and lever gun. This action seems to be alluring. Henry’s Big Boy Steel .327 Federal Magnum Carbine has traditional lever-action lines. It also maintains the signature of Henry tube-loading. This mechanism makes the rifle safer and easier to unload. The Henry Big Boy will also fire .32 H&R Magnum and .32 Long.

In lever rifle, there is no manual safety but provides a transfer bar safety. That is, the trigger must be pulled off before firing. So you can carry the loaded rifle safely with the hammer down.

The rifle shoots well and at 50 yards it averaged 1.76 inches with different loads, 32 H&R Magnum, .32 Long, and .327 Federal Magnum. All fired with open sights. Therefore, the Henry Big Boy 327 Federal Magnum Carbine would be the best companion to any Single Sevens.

Reasons to Use .327 Federal Magnum

Why is .327 the Federal Magnum leading the shooting world? This is because of the following reasons.

As before in 2008, there were only a few ammunition offerings. But now there is at least 10 factory ammunition for .327 Federal Magnum. And the load is available from 75 to 130 grains of weight and also include Federal Hydrashok, Speer Gold Dot, etc.

Compact revolvers chambered for the .327 Federal Magnum typically hold six rounds. While the compact revolvers for the 38 Special and .357 Mag. holds only five. This shows an increase in ammunition capacity.

The .32 caliber load provides a deep penetration with less recoil.

When comparing a .357 Magnum load and .327 Federal Magnum, both deliver equal terminal performance. So both get the same rank.

We always love to hear all your thoughts. You can share your interesting stories in the comment section below.

Also, If you have any queries, feel free to comment in the box. Enjoy your trip with .327 Federal Magnum.