The .338 Lapua Magnum is a rimless, centerfire rifle cartridge that was developed during the 1980s for military snipers. It is a high-powered cartridge purposely built for extremely long ranges. It was used at times during the war in Afghanistan and Iraq. As a result, they became popular worldwide and have a strong military reputation.

It is a combat-proven rifle cartridge that provides extraordinary performance and accuracy for long-range shooting. In this article, we’ll learn a detailed review of the .338 Lapua Magnum. So, Let’s get started… 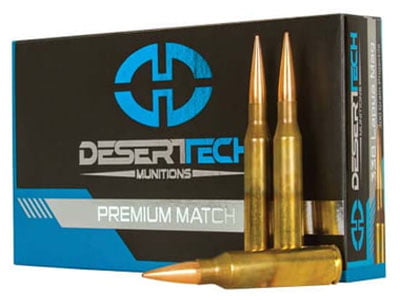 As early as 1960, Champlin Haskins Firearms, the U.S gun-making company developed a three-locking heavy magnum-sized bolt action. Once they designed this action, they decided to find a desirable cartridge for this hunting firearm. They consulted with Elmer Keith, the U.S gun writer and involved in developing a .338” caliber wildcat cartridge, by taking the .378 Weatherby cartridge as a reference.

It is noteworthy that the .378 Weatherby was truly based on the .416 Rigby round with the addition of a belt. In this case, they shortened the cartridge by a quarter of an inch to suit the powders.

During this development period of the cartridge, Jerry Haskins started developing sniper rifles for military use. These seem to be purpose-built for the .338 cartridge. These rifles were named RAI 300 and RAI 500. Initially, the .300 Win Mag round was chambered in this RAI 300 sniper rifle.

Then later in 1983, RAI developed a .338 caliber cartridge for military use. They developed it based on the .338 Wildcat cartridge. It has less recoil but offered more penetrative power than the .300 Winchester. It also offers more portability. But the US military did not accept this design. So fed up here, RAI left its production. Later they stood energetically and started developing a .338-416 case based on the 416 Rigby case without the addition of a belt.

And their full effort was a great success.  In 1983, the US Navy special forces bought some RAI 300 .338 caliber rifles. But unfortunately, the BELL brass used in the production of the .338 could not possibly handle the pressures when loaded with a 250-grain bullet at the desired velocity of 3000fps.

So RAI approached Lapua in the year 1984, and their engineers tried to achieve high velocities at high pressure by thickening the case walls to withstand high pressures. Therefore in 1985, Lapua had produced their first batch of ammunition. And that new case had less capacity but provided good results in firing the 250-grain bullet at the Military’s desired velocity of 2950 fps at a pressure of 61,000psi.

But still, the US Armed Forces remained unhappy with the .338-416 case. At this point in 1986, the concept of the .338 magnum was put aside for military use. This cartridge had certainly obtained some characters that gave a successful result in shooting competitions.

However, this helped a little RAI. All the failures to secure a military contract lead to a great financial commitment. And finally, in 1987, the .338-416 was adopted by Lapua and he made a few tweaks. And the final designation came out was 8.6x70mm which is known as the .338 Lapua Magnum.

As a military cartridge, the .338 Lapua Magnum is perfect in all its criteria. It is 14.93 mm in diameter and 93.5 mm in length. It forcefully comes out and even breaches through the light material to hit the target better at ranges of up to 1,000 meters. The muzzle velocity varies from 880 to 915m/s for 250-grain bullets and delivers about 6,525 J of muzzle energy.

To truly meet the performance of .338 Lapua Magnum, the .300 Win Mag and .50 BMG should adopt something that boasts a very high case capacity and extreme BC’s that help display more dramatic changes in terminal performance. Many good snipers have tested this .338 Lapua, but still, it stood unique by overcoming all the faults thrown at it.

The .338 Lapua can be a craze as a civilian cartridge. On the other hand, it can shoot long distances without any fuss.  But the rifles utilized here can be too heavy for mountain hunting. Furthermore, many men hunters love this military use Lapua and keep it aside for all their game.

If you want to hunt lean game with 338 Lapua, then go for it, you are not over gunned. There are no special prizes for using the smallest cartridge to make your job done. And if it rains during your hunt, then assure that these are the tears of joy from your friend Elmer Keith, enjoying that you’re using his creation.

The .338 Lapua Magnum is a more powerful long-range cartridge used basically for military purposes. It is very easy even for the novice to get connected with a .338 Lapua Magnum, as it contains some magical killing qualities. Let me tell you those qualities here;

The .338 Lapua is capable of producing fast kills on both light and large-bodied animals at high-impact velocities.

Below 2600fps, the .338 bore loses its ability to create a hydrostatic shock and produces slow kills on both light and heavy prey.

As velocity drops to 2400fps, and low, the .338 bullets strike in a linear or slightly forward to the foreleg of the prey of all sizes. It has the potential to destroy large amounts of muscle and tissues to slow the game down within 2-3 yards.

Low-velocity bullets that strike behind the foreleg will cause relatively small wounds, in a large but lean-bodied deer. So that it can escape long distances.

So many .338 caliber bullets are made with tough jackets which can produce energy retention on the light-bodied game. If using a heavier one on a lean game, then it must be soft to kill quickly.  Otherwise, choose a lightweight bullet.

Lapua produces four factory loads for the .338 but only two are designed for hunters. The first is the general-purpose load that features a 250-grain FMJ Lock base B408 bullet at 2950fps from a 26” barrel. It has an extremely high Ballistic Coefficient of .662 and is capable of penetrating at 500 meters. 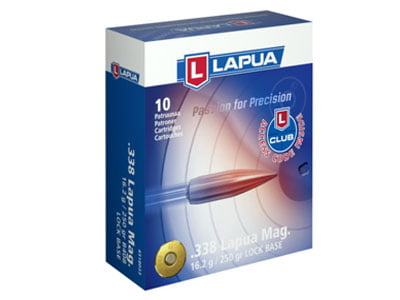 The second is a heavy military load of 300 grain. It includes a Lock base and AP at 2720fps velocities. These are not ideal for hunting.

The other two loads are designed for hunting and they are the 250-grain Interlock at 2900fps and the 285-grain ELD at 2700 fps. The interlock bullet is the best option for large or medium-bodied prey, while the ELD is an all-rounder that can be used on light, medium, or large-bodied games and truly at long ranges. That’s why people love this affordable .338 Lapua ammunition.

There is also another load that is suited for moderate level hunting and that is the 231 grain Naturalis that produces 3000fps. This is a replaced version of 275 grain that is featured with 2600fps velocities. As expected, this tough bullet is very well suited for hunting. But it can be used only at moderate distances in a large-bodied game. This is not a big issue for traditional hunters, who generally use ranges only less than 200 yards.

The .338 Lapua Magnum cartridge is generally seen as a hand-loading one, due to the lack of availability and cost of factory ammunition.

Factory velocities can be duplicated with hand loads from a 26” barrel, but reloaders are not able to achieve higher velocities because the factory ammunition is already loaded to high pressures of 61,000psi. But the Lapua Magnum gives good results with ultra-slow burning powders.

One of the .338 Lapua’s shortcomings is that the projectiles are worst for clean killing at extended limits. The small hollow points and tough jackets are the main problems, which lead to slow killing if the shot placement is not aligned properly with the lack of proper target resistance. 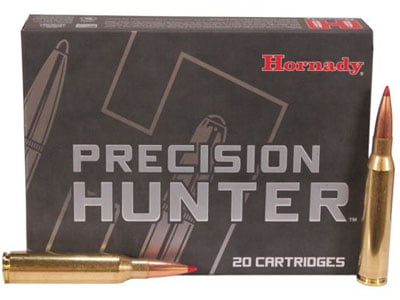 One of the best bullets for fast and clean long-range killing is the Hornady .338 Lapua Magnum. It is featured with A-MAX / ELD that performed very effectively while testing. No doubt others will come behind it. The wide hollow point designs were proven to be reliable long-range killers across a wide range of body weights.

The .338 Lapua Magnum certainly has an interesting history. At this time, it is extremely popular among civilian long-range hunters. Though there are many cartridges that shoot a good deal, my own suggestion is .338 Lapua Magnum. However, this round offers a heavy payload, as it was designed for deep penetration.

In hunting terms, this bullet retains a good deal of weight for penetration on large-bodied prey. The weight adds versatility to the cartridge. But it may also go wrong if the hunter does not have a basic knowledge of bullet performance.

So consider only the objects that have many practical applications. And do well research before stepping.