Many hunters and shooters are using modern sporting rifles for their operations nowadays. For getting better performances in serious situations, it is important to chamber a powerful cartridge with the modern rifle.

The AR-15 is one of the most popular rifles used in the United States, and it provides lots of benefits to many hunters on the field. There have been several developers working on designing powerful cartridges for AR-15 rifles over the years.

In this case, the hunters and shooters have only limited options for their AR-15, and here are the three main choices as 450 Bushmaster, 458 SOCOM, and 50 Beowulf.

These three cartridges are very powerful when it comes to heavy-hitting, and they have some similarities in their characteristics.

Apart from similarities, they also have their own strengths, capabilities, weaknesses, etc., that you should consider before selecting for your needs.

In this review, we will see the difference between 450 Bushmaster vs. 458 SOCOM vs. 50 Beowulf and which is ideal for your purpose. With this comparison, you can clearly know which one is perfect for you according to its features and functions.

At the end of the review, the choice is in your hands, and you should select the one based on your preferences. Before comparing 450 Bushmaster vs. 458 SOCOM vs. 50 Beowulf, let’s see the history of each cartridge in brief.

Colonel Jeff Cooper has developed the concept of 450 bushmaster. He discovered that having a big bullet for big game hunting increases successful shots.

He thought that the ideal rifle for big game hunting could be a semi-automatic rifle called “Thumper” that is larger than .44 caliber and has the capacity to take big game shots over 250 yards.

The .223 Remington does not fulfill the need of heavy-hitting cartridges. Tim LeGendre of LeMag Firearms developed a heavy-hitting .45 caliber cartridge named .45 Professional using the .284 Winchester for AR-15 rifle.

LeGendre licensed the cartridge as Bushmaster collaborated with Hornady to the market. Bushmaster and Hornady did some changes in .45 Professional and renamed it as .450 Bushmaster.

This .450 Bushmaster is a straight-walled cartridge that can be used in AR-15 and loaded the 250-grain bullet at 2200 fps to provide bone crushing performance. 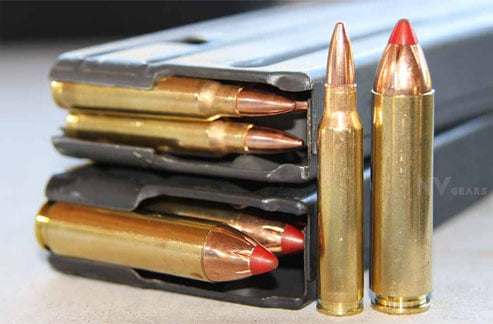 After the Mogadishu battle in 1993, the members of the United States Special Operations Command moaned about the 5.56x45mm cartridge for its poor performance in the battleground.

The 5.56x45mm cartridge can’t be able to kill the enemies quickly in battle when used with the M4 and M16 style rifles. Therefore, Marty ter Weeme of Teppo Jutsu LLC wants to design a new powerful cartridge for M4, M16, and AR-15 rifles.

The .458 SOCOM has the basis of lengthened .50 Action Express case with a rebated rim and loaded with the .458-inch bullet.

This cartridge fires a 300-grain bullet at 1845 fps and performs well in the AR-15 rifles with various lengths of barrels. This is one of the most powerful cartridges that improves accuracy and prevents bullet migration during recoil.

This .458 SOCOM ammo is one of the powerful cartridges used in North America for more accurate shots. It is widely preferred by many professional hunters, shooters, defense and survival enthusiasts. 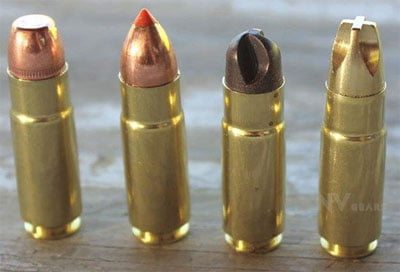 Alexander Arms developed this .50 Beowulf cartridge in early 2000 to provide a big bore cartridge to the AR-15 rifles. This .50 Beowulf is one of the largest cartridges among these three, and it is loaded with .500-inch bullets.

Basically, the .50 Beowulf is very popular in the self-defense industry, and it also has a standard reputation among the professional hunters with its excellent performance. 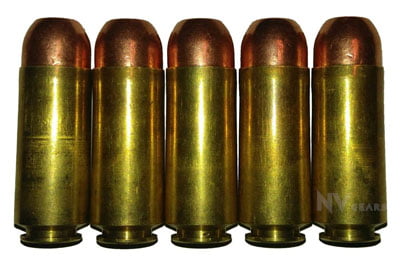 These three are the most powerful cartridges widely used in modern sporting rifles to get better performance with improved accuracy.

They have many similarities in their size and characteristics, whereas they have some differences when it comes to performance under various conditions. In this section, we will discuss the difference between these three cartridges in detail.

When comparing the size of the cartridges, all three have almost the same length; the .450 Bushmaster and .458 SOCOM cartridges are 2.26 inches long, while the .50 Beowulf is 2.25 inches long.

The AR-15 rifle can only be compatible with the cartridges that have a length up to 2.26 inches, so you can use three cartridges with that.

Eventually, all the three cartridges are loaded with the same pressure level, but the .450 Bushmaster is the cartridge that is SAAMI certified among them and has a maximum average pressure of 38,500psi.

When it comes to ballistics, all the three cartridges have the same ballistics, and they are comparable with the .45-70. The .45-70 ammo can be divided into two wide categories.

However, the 450 Bushmaster vs. 458 SOCOM vs. 50 Beowulf cartridges have minor differences in ballistics. According to the ballistic categories, the performance of the cartridges may vary.

The .450 Bushmaster cartridge has the flattest trajectory and maintains the energy of the bunch for its high muzzle velocity. The .50 Beowulf has a low velocity when compared to the .450 Bushmaster.

The .450 Bushmaster has more advantages over 200 yards than the .50 Beowulf and .458 SOCOM. Apart from that, there is no huge difference between them when performing at short to medium range distance since they all are heavy-hitting cartridges available on the market.

The recoil of the cartridges will vary from shooter to shooter based on their rifle and shooting conditions. When you compare the recoil of .450 Bushmaster vs. 458 SOCOM vs. 50 Beowulf, they have a slightly higher than low pressure of .45-70 and less than high pressure of .45-70 load while using in the Marlin 1895 rifle.

In the end, the .50 Beowulf cartridge has a high recoil when compared to both the .450 Bushmaster and .458 SOCOM. The .50 Beowulf produces high recoil energy when chambered in the heavy rifle that weighs up to 7.5 pounds.

The power of the cartridges depends on the type of hunting game and what you want to focus on while hunting or shooting. All the three cartridges are powerful since they are designed to be hard-hitting cartridges and can be used in big game hunting.

The cartridges have similar power when used with the same weight bullets and provide better results.

If you’re planning to hunt big game animals such as deer, hogs, black bears, elk, etc., then these three cartridges are the perfect choice for you with excellent power.

If you’re using .450 Bushmaster, .458 SOCOM, and .50 Beowulf cartridges for your AR-15 rifle, then you will enjoy reloading while shooting.

When compared to the three cartridges, the .450 Bushmaster is the most common cartridge, but it can’t be able to candle cartridges such as .308 Winchester or .223 Remington.

The .50 Beowulf and .458 SOCOM cartridges are not certified by SAAMI, and not many companies manufacture ammunition for them. There are few companies that manufacture high-quality ammo for these cartridges.

The manufactures like Hornady, Winchester, Remington, and Federal produce .450 Bushmaster ammo. The SBR manufactures various .458 SOCOM ammo while the Alexander Arms produces many .50 Beowulf ammo on the market.

Moreover, the Buffalo Bore and Black Butterfly manufacture the .458 SOCOM and .450 Bushmaster ammo. On the other hand, Great Lakes, Inceptor, and Underwood produce ammo for all these three cartridges.

As we discussed above, all three cartridges provide powerful performance in AR-15 rifles when compared with the .45-70. These cartridges are excellent when it comes to big game hunting from short to medium range distance.

Generally, if you feel comfortable when hunting with .45-70, then you can have the capacity to hunt with any cartridges available on the market without any hesitation.

Hunting deer, black bears, and feral hogs can be done well with any of the cartridges. Having the right bullet allows the cartridges to be ideal for bigger and tougher games like brown bear and moose.

If you chambered these cartridges in a compact and short barreled semi-automatic rifle, then you can make quick, accurate shots at the short range distance in various hunting games.

Therefore, these three cartridges are considered very popular for feral hog hunting. You can also use these cartridges effectively for home defense and law enforcement activities.

Don’t get confused about the high velocity .450 Bushmaster with flat shooting. All these cartridges are ideal for hunting up to 250 yards of distance.

Moreover, the .50 Beowulf and .450 Bushmaster cartridges are popular among the hunters who have restrictions in the midwest to use the straight walled cartridges during deer season.

All the three cartridges work less than 200 yards efficiently, and they have small differences among them when hunting at short range distances.

If you have a bolt-action rifle or various options of hunting ammo, then you can go with a .450 Bushmaster without any doubt.

Do you like to hunt in the states like Michigan or Indiana that have restrictions to use straight walled cartridges? You can prefer using .50 Beowulf and .450 Bushmaster since they are allowed to be used in these states, and you can get a better deer hunting experience.

Though these cartridges have some differences in pros and cons, the .450 Bushmaster, .50 Beowulf, and .458 SOCOM are powerful cartridges for hunting with AR-15 rifles.

Have you enjoyed reading this comparison? Apart from comparison, the .450 Bushmaster, .458 SOCOM, and .50 Beowulf cartridges are very effective with their own characteristics and functionalities. Each of them provides great performance on the field according to their accuracy, velocity, and energy. There are no huge differences between these three cartridges. At last, the choice is yours, and you can choose the cartridge that fits your needs. We hope our comparison will help you to know about the similarities as well as differences of these cartridges in detail. Purchase your favorite cartridge for your big game hunting scenario and have a better hunting experience.