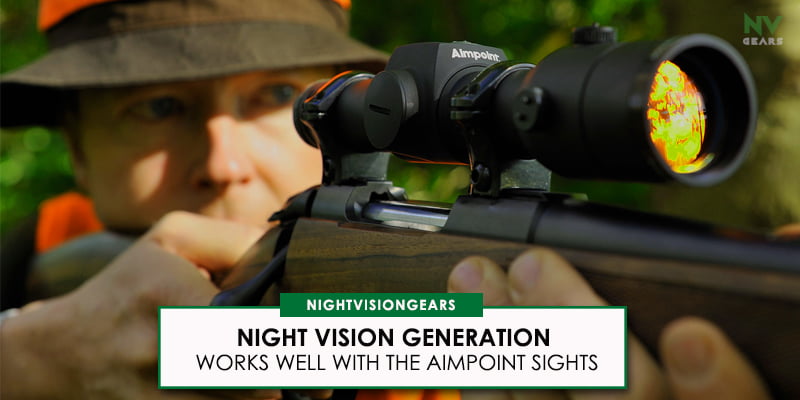 When it comes to hunting, hunters take a lot of time in choosing the best scope that they are going to mount on their firearms.

That is because choosing a scope can be a very hard task to do since the precision, accuracy, and power of their shots are going to depend on the type of scopes that they are going to use.

One of the most favorite scopes that are used a lot of hunters these days is the Aimpoint sight—this device is truly helpful in a lot of ways since it can be equipped with night vision technology that makes it useful not only during daytime but also during nighttime.

With that said, the generation of night vision technology that is best suitable for Aimpoint sights would be discussed alongside with its benefits and uses.

But first, the characteristics and common features of an Aimpoint sight would be discussed in order to have a full appreciation of its uses for both daytime and nighttime. 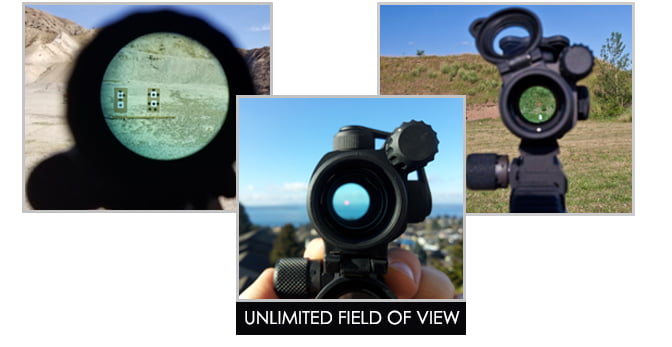 When you use the usual scopes that have objective lenses of diameters within the standard range of 30 millimeters to 50 millimeters, you would be assured that you are going to have a large field of view.

But what makes Aimpoint sights better is that it has an unlimited field of view; meaning to say, you would be able to view the surrounding region you are currently in without any restrictions when it comes to the size of the scene or image that you are viewing.

The normal scopes used by hunters are only parallax-free within a limited distance. Meaning to say, necessary adjustments have to be provided beyond the distance that is parallax-free.

But with the use of Aimpoint sights, you would experience a parallax-free shooting experience; thus, you would be assured that you would have more precision and accuracy with the shots that you are going to fire.

Most of the Aimpoint sights are made with the most premium materials that can be used for the construction of scopes.

Well, that is mainly because of the reason that it might encounter anything harsh in the field and it might get damaged right away when it is only made of substandard materials.

So, to ensure that it would withstand almost anything and any purpose that it would be used for, it is designed, engineered, and constructed ruggedly.

One of the features that hunters first check when they are buying a scope is the eye relief. That is due to the reason that there are firearms that are known to have heavy and forceful recoils.

With that event considered, the eyes and the head might get injured when accidentally hit by the recoils.

The eye relief is one of the safety features that your scope can have—to be more specific, it is the allowance or the distance from your eyes to the end tip of the scope that you are using. So, if your scope has a very short eye relief, your head and your eyes have a lot of chances of being hit by heavy recoils.

Well, that would never be your problem with Aimpoint sights since this type of scope provides an unlimited eye relief that would give you convenience and safety when you use them.

Another feature that Aimpoint sights are known for is being weatherproof. Meaning to say, you would have the option and the freedom of using it during almost any weather condition that you can think of.

Even if the sun is up or the rain pours, Aimpoint sights would still deliver the functions and the uses that are designed to perform.

The versatility of Aimpoint sights is also proven when it comes to the number of varieties of firearms and weapons that they can be mounted on.

In fact, they are proven to be compatible and suitable with rifles, shotguns, handgun, black-powder rifles, and even with bows. In addition, the versatility of Aimpoint sights would amaze you since it provides fast target acquisition to every firearm or weapon that it is used for.

Now that you already know the common features of an Aimpoint sight, let us discuss the generation of night vision technology that can be best used for it.

The third generation of night vision technology is said to be the most suitable generation for Aimpoint sights. Since Gen 3 is one of the most advanced these days, it is proven to be of extreme help for the precision and accuracy that Aimpoint sights deliver.

In fact, it is said that it permits the highest possible red-dot lighting when it comes to brightness. That is applicable through the whole infrared spectrum.

In addition, it also helps in providing clearer images that are viewed through Aimpoint sights even when the lighting condition is not as bright as expected.

With the largest amplification of photons, brighter and clearer images of the actual surrounding would be produced. Thus, accuracy and precision would be improved during nighttime.

In that case, they experience a lot more confidence when they are firing their shots. To be honest, the use of Aimpoint sights during the daytime is amazing as it is.

But once it gets equipped and incorporated with night vision technology, it becomes unstoppable and superior. Truly, you would have fewer chances of missing your targets. Thus, you would be able to enjoy more successful hunting trips and activities.