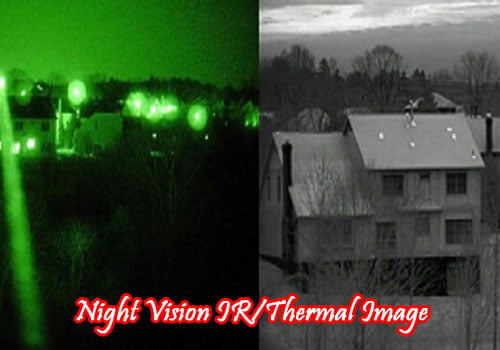 The IR imaging is not a camera but it is the sensor which is used to detect the heat and radiation emitted by the animal, person or any other objects.  The radiation is based on the temperature. It identifies the heat and displays the image of the object on the screen.

It doesn’t require any light to produce the image.  As it is provided with the special features, it helps in detecting the images.

The detailed information about this night vision and its uses can be known by reading further.

Infra Red Light-The human eyes can’t see the infrared light but, it can be noticed by the cameras. This invisible light is used to illuminate the object and give a clear image to the people. Infrared illuminators don’t work with the bright colored cameras. It works well with the black and white color cameras.  Also, the color is based on its wavelength.  IR fusion feature helps to blend the image to the minimum or maximum.

Range-The range of the camera depends on the sensitivity and its spectral response.

Picture In Picture-The picture in picture feature gives colored thermal image to the people. The readings of the temperature are limited within the thermal portion.

Color Alarm-With the help of the color alarm feature, the user should choose the level of temperature and it gives the color image.

It consists of germanium lens, microbolometer, and electronic processing system. The germanium lens is used to  focus the infra red light  emitted by the animals  or people hiding  behind the bushes or vehicle with the engine and exhausting heat signature.

Then, the light is being scanned by the microbolometer and detects the level of heat transmitted by the objects, processing an image, and then appears on the screen.  Finally, the thermal image will detect the source of the infrared light and  transmit the image to your eyes clearly.

The IR imager doesn’t need any light to be functional. Usually, the firefighters use this imaging while rescuing the people from the smoke-filled rooms.  As they are not affected by the smoke and can penetrate into it, it gives the clear image. The sensors are used to detect whether the area is being affected by the fire or not.

The police officers use the IR imagers to find out the risks or any other threats without entering into the area. Further, the detectors are used to render the camouflage. Besides, it is further used in viewing the wildlife animals, hunting, foxing at night, and surveying the wildlife. Without spending much of time, one can identify the animals easily without any difficulty.

The main cons to consider about the product is its price. The cost of the IR depends on the brand and quality of the materials it is made of.  If the product is made of the best quality materials, it costs more than the others. The special model being mounted on the rifle costs expensive.

Automotive Night Vision-How Does It Work? 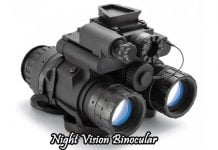 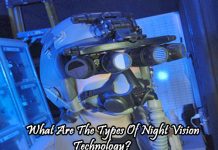