When it comes to hunting, the crossbow has been around for thousands of years. Ancient Rome and ancient Greece are evidence of using a crossbow in hunting; these are the most powerful weapons with huge advantages.

In today’s hunting, the crossbow becomes a trendsetter in hunting, and also, it has a lot of benefits than other hunting methods. It provides a short learning curve and accuracy, and also, it is the best way to have a little fun in hunting.

If you can fire the bow or rifle, then learning to shoot with a best crossbow is very easy. But you should learn some important things before using them. Whether you are using the crossbow for hunting or target practice, this guide will teach how to handle, load, and shoot the crossbow.

Moreover, safety is the first priority in the archery activity, so you must follow the manufacturers’ safety steps.  This article will help the beginning crossbow hunters for a good start.

Why should try Crossbow in Hunting

When you are going to hunt in the early of the year, the deer live in their natural patterns. The hunters in the gun season do not have the chance to get them nervous. In this place, the crossbow comes into the game, and it helps to get the decent shot to bring the prize-worthy trophy at home. 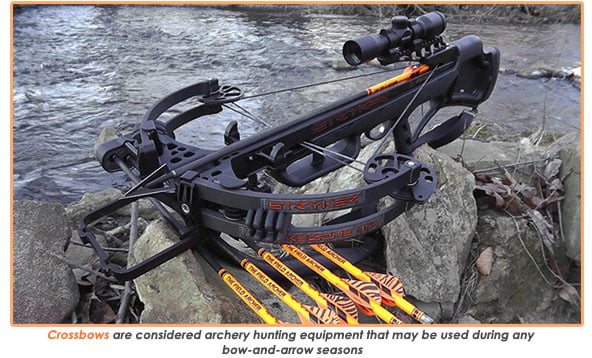 Generally, the bow season comes before the pre-rut season; in this season, the male deer are highly visible and highly mobile, which increases your likelihood even more. The bow season is also the warmer season than the gun season, so it is more comfortable for hunters.

Due to the modern bow mechanism, the crossbow does not put more physical strain on your body like when you repeatedly draw the traditional bow. It ensures that the young hunter, wounded experts, and the hunters with disabilities have the chance to enjoy the bow season and the venison without the wear and tear used for the traditional bow.

You can use an app to find the perfect spot to try your new crossbow, and also, you can ask your friends to refer the spot for hunting using the crossbow. For the best hunting experience, you have to know how to choose the crossbow.

Stirrup: A metal frame is placed in the front of the crossbow; it is called a stirrup. You can place your foot in the stirrup to safely cocking the crossbow.

Crossbow Scope: Most of the modern crossbows come with scopes; it helps to magnify the long-range target for the clear shot. There are many types of scopes available in the markets, but we are recommended to choose the night vision scope for crossbow with multiple magnification options for better accuracy.

Bowstring: The bowstring is connecting both limbs of the crossbow, and it transfers the energy of the bow to the bolt.

Arrow Retention String: The arrow retention string is the part that holds the bolt on the barrel. This is an important part for the proper arrow flight.

Cables: The cable is run through the stocks of the crossbow. It also requires some maintenance like the string for good working conditions.

Barrel: The barrel is also known as the flight rail. This is a place where the bold is laid for firing. In high-quality crossbows, the barrels are made of aluminum or composite materials.

Limbs: The limbs give the power of the bows. They bend and store energy to move the bolt. The compound crossbow has the cams at the end of the limbs. The recurve type crossbow has curved limbs.

Limb Pocket: The limbs are attached with the crossbow by the limb bolt of the limb pocket. In the typical compound bow, these bolts are not adjusted. The manufacturers designed the bolts to set a scale, and it should not be adjusted.

Cams: The cams are available in the compound type crossbows. The cams will give movement during the shot cycle that affects the bolt’s accuracy and speed when firing.

Rail: The top of the foregrip is called a rail. This is the place where the arrow sets and the bowstring slides across.

How To Use The Crossbow 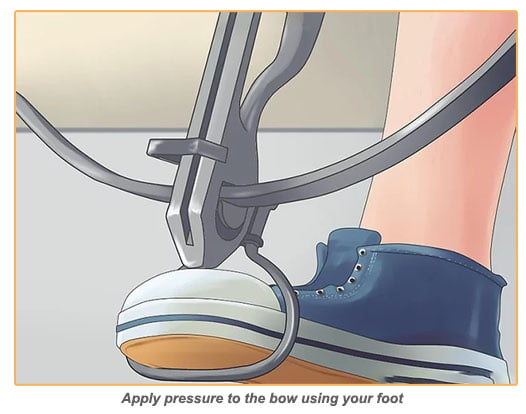 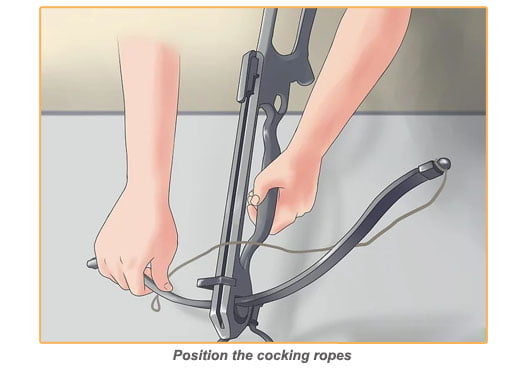 Place the middle of the groove by the stock. It is a very important step to do. This process will create the tightness that helps to pull back the bowstring. All the modern crossbows are designed with the cocking rope method for cocking by having a groove. 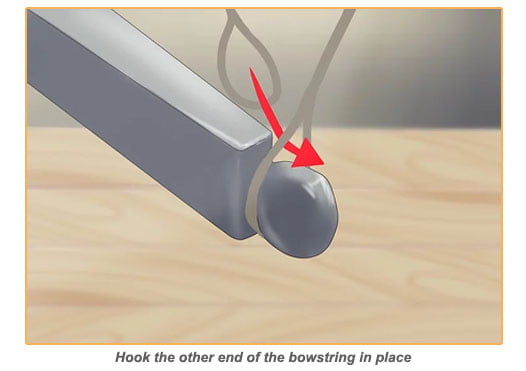 Pull the ropes a bit for even the handles. This step will ensure that you are pulling both sides of the rope at the same time. 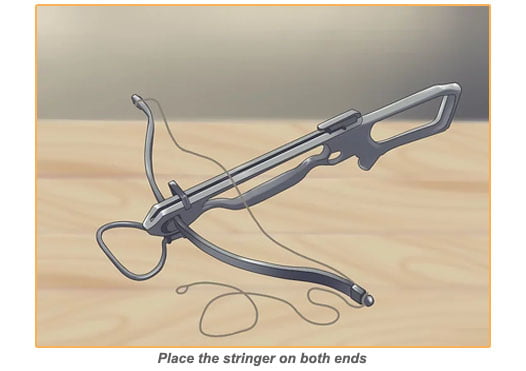 Make sure that you are pulling both sides of the cocking rope at the same time. If you fail to do this, it will affect the accuracy of the shot and also it makes some difficulties in pulling back the bowstring.

Pullback in a fluid motion. Pull back the bowstring until you get the 2-3 click sound. This sound ensures that the bowstring is angled and ready to shoot. At this point, it is important to place the finger on the trigger and keep the safety feature “on” in your crossbow. This will help you to avoid accidentally pulling the trigger.

Place one bolt in the barrel groove. Place the odd color arrow, so the barrel groove is down first. If you fail to do it, it may cause any damage to the bow because the bolt does not correctly place against the bowstring. 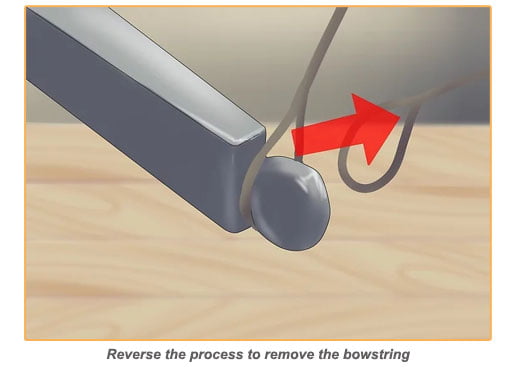 Now your crossbow is cocked, and it is ready to shoot, but you have to level the reticle of your crossbow scope for the clear shot. It does not matter whether you are using the gun vice or any other object to level your crossbow.

The ability to adjust the crossbow with stability is the most important thing to consider when you are going to level the reticle of your crossbow. Place the reticle level under the crossbow scope.

Leveling the crossbow’s reticle is the most important factor because it makes an impact on the windage corrections.

You have to ensure that the scope is set to your bow’s speed to enhance the accuracy. Otherwise, it has the chance to lose accuracy.

3. How to sight through crossbow scope

Once you set up your bow to shoot, you have to zero your crossbow scope. Set the target up to 10 yards away for zeroing the scope, then take the 10 yard shot against the reticle in the scope. In this way, you may know that you need the correction in the elevation, windage, or both.

Remove the scope caps and adjust them. Leave the scope cap off, in case you may need some adjustment in the next shot. Cock, load, and again fire, and take a note of the correct adjustment.

Remember that the small difference in the 10 yards is equalized the huge distance in the 50 yards, so once you correctly adjust the settings in 10 yards and start work with other distance and adjust the scope as you need.

Using the crossbow for hunting is different from rifle hunting. Usually, rifles will provide better range of distance for the hunters, but the people who prefer the ancient style of hunting, the crossbow is best for them.

It is a perfect solution for the short range shooting. Anyhow, before going crossbow hunting, you have to check the rules about the crossbow hunting in your area. Knowing the important rules will help you to avoid fines.