A thermal compound is a paste like substance which is used to fill microscopic imperfection between CPU and IHS. It is also known as thermal paste, heat paste, thermal interface materials, and thermal grease.

It is used to cool the CPU, aids the CPU to execute at a higher speed and enhances the overall performance of your CPU. The CPU without thermal paste will burn or damage the processor. So one has to apply thermal paste compulsorily to their CPU.

If you want to know clearly about the working of the thermal paste, then you should have proper knowledge about the following terms. 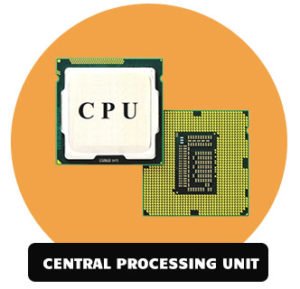 The CPU is the data processing center of a computer that performs all operational instructions and sends instructions to the other hardware connected with the CPU. For example, consider the computer as a human body, then the CPU is the brain of it. So it is very essential for the function of any PC.

Modern CPUs can perform multitasking without delay and can easily execute a huge number of operations per second which is the main reason for heat generation.

If you want your CPU to work efficiently, then the CPU should be cooled regularly with a cooler and here thermal paste plays a crucial role.

It has an inbuilt device that maintains your CPU to work at optimal temperatures. Coolers relocate the thermal radiation produced during CPU operation by using air or liquid. 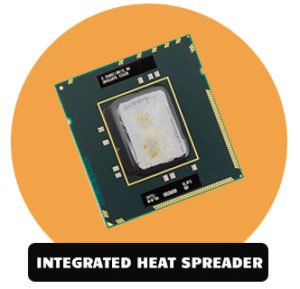 IHS is none other than the lid covering the CPU that serves as a heat sink. It is made of metal and specially designed to distribute the heat energy from the processor to a CPU cooler and therefore provides protection to the processor.

This part of the CPU is visible even after being installed in a motherboard, and it is the surface where you have to apply thermal paste.

Thermal paste is a heat conductive silver-grey paste that is applied to the heatsink or processor that aids in heat conduction. It should be applied before setting up a cooling solution.

Thermal paste is the reason for the effective transfer of thermal energy from IHS to the base plate or water block of the CPU through which heat is dissipated.

It is the base of an air-cooler that gets attached to the Integrated Heat Spreader of the CPU. This design allows the transfer of heat energy to the fins of the heat sink which is then redistributed with the help of a fan.

It gets attached to the metal lid of the CPU and transfers heat energy from the Integrated Heat Spreader to the heat transfer liquid and then distributes the heat to the radiator. It is a kind of heat exchanger plate used as a cooler similar to the heatsink.

This paste-like heat conductive substance is applied between the Integrated Heat Spreader and CPU cooler. The IHS and CPU cooler may look smoother, yet it has lots of microscopic imperfection that trap air.

Due to these issues, these two surfaces are not in full contact and decrease heat conduction which reduces the performance of the computer. So to enhance the thermal conduction of the heat sink we use Thermal Interface Materials (Thermal Paste).

The application of thermal paste transfers heat energy from the processor to the heatsink (CPU cooler). If the Integrated Heat Spreader and CPU cooler are without any imperfection, then there is no need for thermal paste.

But it is impossible and therefore thermal paste is the best option to overcome heat transfer issues. Also over usage of thermal paste reduces the ability of the heatsink to work properly.

There are various types of Thermal pastes available in the market and it is differentiated based on their chemical composition, viscosity, cooling capacities, and conductivity.

The paste texture gets changed based on the chemical composition. The thermal pastes are generally classified into: Electrically conductive Thermal paste or compound should be handled carefully to prevent electric shocks to your CPU and Non-conductive thermal paste.

The major constituents used in the preparations of thermal compounds are Aluminum, Carbon nanoparticles, Ceramic, Copper, Zinc oxide, Silicone oil, Silver, Graphite, many anti-oxidation agents, and sometimes diamond microparticles are also used. The properties of thermal pastes such as thermal, electrical conductivity, durability, and viscosity get varied based on the composition of a compound.

Pick up the correct thermal paste for your CPU or game console. We have explained about a few types of thermal paste available in the market.

Metal thermal pastes are electrically conductive paste and get heated easily, therefore it is not advisable to use them in the game consoles. It is an effective heat conductor because of the presence of a large amount of silver and aluminum metals.

This electrically conductive paste may lead to electric shock issues like disturbing circuit boards and pins, so be careful while applying the paste.

Liquid Metal Thermal Paste has rare metal in a liquid state and hence it transfers heat energy quickly than other pastes. This expensive thermal paste speeds up the running speed of your CPU. It may damage the interface if not applied to a particular area. So be careful when applying the paste.

Liquid metal-based thermal paste can withstand temperatures of 150°C, yet there are lots of pastes found on the market or online to tolerate temperatures more than 300°C.

The essential compounds present in Carbon-based thermal pastes are small carbon fibers which make this paste more efficient. The Non-conductivity of carbon paste prevents electric shock and it also has good viscosity.

Apart from carbon fiber, some thermal paste has diamond powder which enhances its thermal conductivity. Diamond Carbon Paste has microscopic diamond particles that fill all the gaps in the heat sink and improve the performance of the CPU. But this paste is a bit expensive one.

These compounds are easy to apply with less effectiveness when compared to other pastes. Silicone paste coated thermal pads are placed between the processor and IHS to transfer heat.

Properties to be considered in Thermal Paste

Good thermal conductivity paste will provide increased multi-tasking ability and reliability, in maintaining your system cool. The effective heat transferring capacity of the paste can be identified with its thermal conductivity rating. The higher rating denotes the good heat-conducting abilities of paste.

Spreading of thermal paste to other parts of the CPU may damage the working of the device. So put extra care in selecting the perfect consistency thermal paste. Metal Liquid thermal paste has a lower density than other thermal paste and therefore it  spreads quickly. Sometimes it may leak in other parts also. The higher viscosity paste sticks strongly and it is hard to spread.

How To Remove Thermal Paste?

The old dried thermal paste may reduce the performance of the CPU. So it is significant to clean up the thermal paste from the heat sink. We have explained a few steps below. Follow those steps to remove the old paste.

Before removing the thermal paste, switch off all the power supply properly with the shutdown option. Don’t push the power button. After shutting down, there is a small amount of electricity found in your Computer.

To discharge residual current, just hold the power button for a few seconds. Unplug all the cords and devices connected to the CPU.

The working environment should be clean without any dust and airborne particles. Tiny particles may enter into the computer and cause damage. Wear latex gloves to prevent dust or oils from your skin that gets entered into the CPU.

Learn about the removal of thermal paste with the help of the user manual. Manual has a detailed explanation to identify, remove, reapply, and reinstall the important parts of the CPU. If you don’t have a manual in your hand, then find it on the internet.

Remove the heatsink and clean the vents before cleaning the core. Here, you can use air or a brush to remove dust in the vents. Then,  just scrape off the old paste in the heat sink core.

You can use a spudger to clean the heatsink without any scratch, either you can use a dry cloth or a paper towel. Remove the residue on the core by rubbing it with a cotton swab dipped in alcohol or cleaner.

If you found thermal paste in the processor and other parts, do the same steps mentioned above. But, in the sensitive area of the CPU, it is advisable not to use a spudger. You can use a compressed-can of CFC based automotive electronic contact cleaner to clean up the dried thin thermal paste.

How To Apply Thermal Paste?