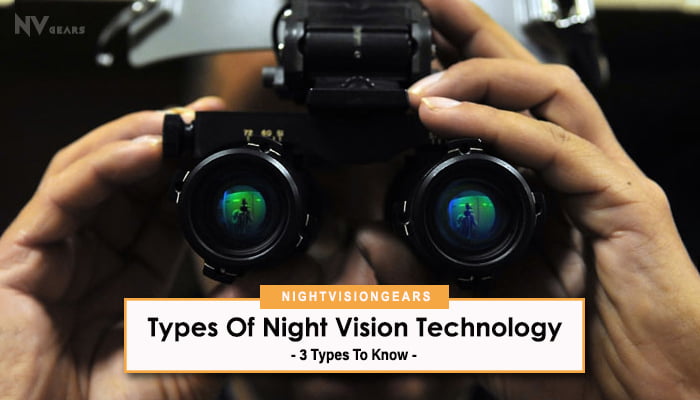 Night vision technology is one of the most important technologies that have a lot of advancements to provide an accurate view of the targets in dark environments and enhance your vision in low-light conditions.

There are different types of night vision technology used in imaging. Continue reading to know them.

What is Night Vision Technology?

Though humans can’t be able to see in complete darkness because of their poor night vision ability, this night vision technology allows them to see in darkness or low-light conditions. 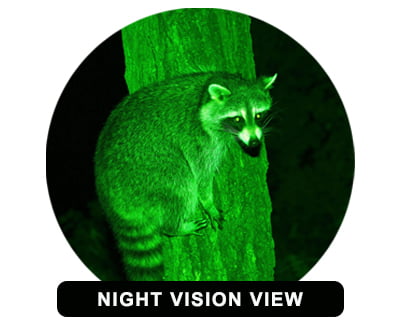 Police and security often use both thermal imaging and image enhancement technologies, especially for surveillance.

How Does it Work?

These accelerated electrons pass through the microchannel plate and strike the specially coated internal walls. This generates more electrons and creates a denser cloud of electrons constituting an intensified image of an original image. When the electrons strike the phosphor screen and make the phosphor glow. The light displays a brighter and desired image to the user.

The green phosphor screen is used in most of the applications as humans can differentiate green shades better than the other colors. The image intensifier is excellent for the low level of light sensitivity application such that it helps to enhance the visible imaging to the best possible extent. It consists of a high ability of resolution for the humans to trace out differentiations even in the low power state with an affordable cost.

It’s the process of converting infrared energy(heat) into visible images even in low-light environments.

Thermal imaging uses a sensor to convert infrared energy into a visible light picture. This technology doesn’t require any sources of light. 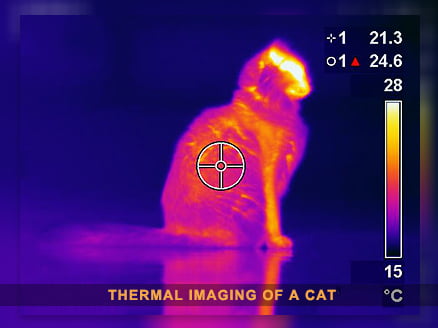 It helps to identify the pictures in complete darkness and also works in smoke, fog, smog, and haze.

How Does it Work?

All the objects on the earth emit infrared energy, simply known as a heat signature. The thermal cameras or thermal imagers are used to detect and measure the infrared energy of an object.

These devices are a sensitive heat sensor to pick up the tiny variations in the temperatures. This thermal camera converts the infrared radiation into an electronic image for analyzing a particular scene or object.

These thermal imaging cameras can detect small variations in the heat as small as 0.01°C and thermal imagers display the shades of grayscale.

IR waves have longer wavelengths than those of visible light. The wavelengths that range from red-violet. Using the scattering and absorption, it can pass through denser regions of gas and dust in the space.

Infrared waves can’t be seen through the naked eye but to night vision devices like night-vision goggles or infrared cameras that allow us to see the infrared waves emitted from the objects such as animals or humans.

There are three different types of IR illumination devices and they are,

Incandescent lamps- These are high power lamps which are covered with an infrared filter. It allows IR radiations to pass and blocks out all other parts of the spectrum.

LED Lights- LED illuminators make use of a group of standard IR emitting LEDs. IR illuminator mostly uses an IR LED and the LED emits the radiations in the range of 760nm.

They are made up of Gallium Arsenide and these LEDs operate at 1.4v. An array of LEDs are included in the night vision security cameras to capture images in complete darkness.

Laser- laser types are more effective among the IR illuminators and these devices are based on IR laser diodes which create near-infrared energy. LASERs are expensive but provide the best quality images even at long distances.