Drones are used in various fields because of their versatile functions. The drone is an airborne device that is expended with an array of sensors and data collection tools, thus changing the single drone for different purposes.

Thermal imaging can be fixed with drones to perform various operations. Nowadays, most of them prefer using drones with thermal imagers for inspections from building to the nuclear reactor.

Even though infrared radiation is in the form of electromagnetic waves like visible spectrum, you cannot view these radiations with human eyes because of its frequency range. To overcome this issue, thermal cameras have been developed.

Infrared and thermal devices are considered as the useful detection equipment because IR rays are emitted by every object, even ice-cold objects too.

Mostly, the standard thermal images have hot spots in bright yellow, orange or white while dark spots are shown as deep blue or violet. The software of the thermal camera modifies the infrared data and displays it as an image that we see through our naked eyes. And there is no option to view the raw form of the thermal imaging camera.

When considering the sensor and lens that passes light, both the thermal and normal cameras are similar. But, thermal cameras will not respond to any visible light wavelength and it is specially designed to identify the IR radiation.

Thermal imaging remains a highly specialized sub-field of professional drone services, and is one of the most lucrative. If you can find success in this field, then you will be one of the smallest groups of drone pilots in high demand in many industries.

To emphasize, how drone-based thermal imaging is useful, here are some of its more common applications.

In this modern world, responders first use drones with thermal imaging cameras in search and rescue fields, or in catching thieves and criminals from escaping. Because the drone can cover large areas within a minute and is helpful in crucial situations.

Using a drone with a thermal camera, you can do search and rescue operations even in pitch darkness, wet weather conditions like rain, snow, etc.

I’ll tell you a real incident as an example for the usage of drones in search and rescue missions. 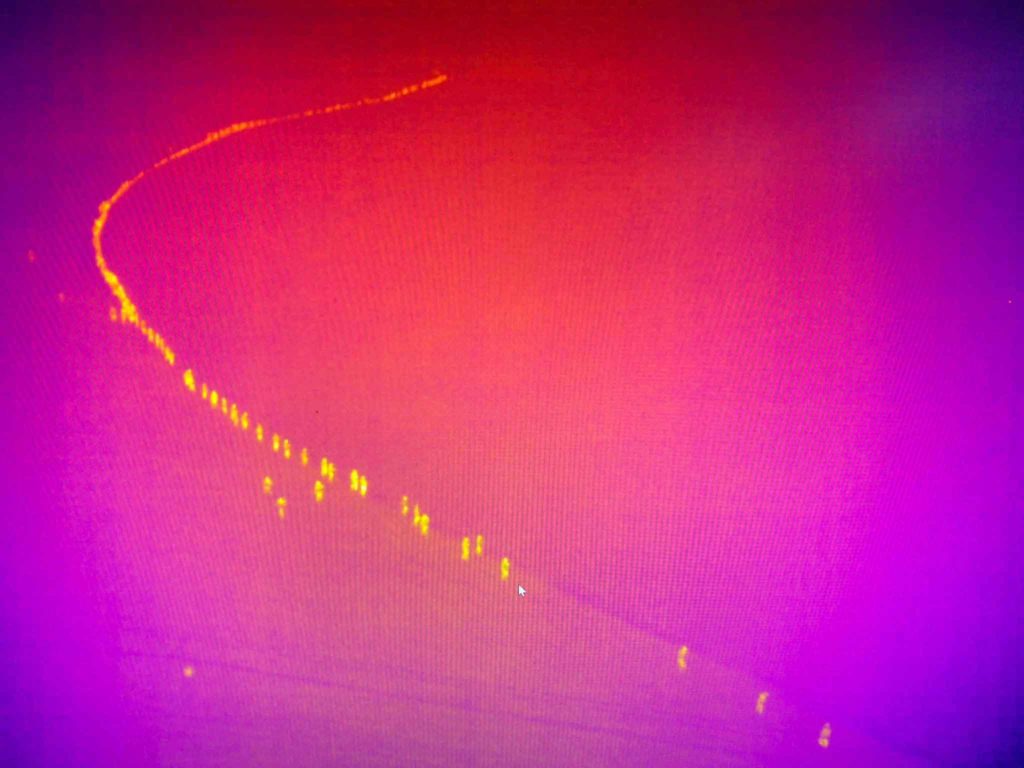 A 6 year old boy went missing in the woods of Central Minnesota for more than 10 hours. Nearly 700 local volunteers took initiation and searched for the boy, but no one could find him. 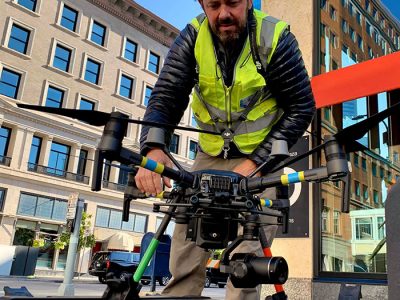 Finally, drone operator Steve Fines came forward with his drone fitted with a Zenmuse XT2 thermal imaging camera, and found him in the early morning at 1:30 am.

From this incident you can know how a drone with a thermal camera is useful in this modern world.

Firefighters use drone thermal cameras during big firefighting operations. Initially, firefighters used to do a fast aerial survey of the affected area which will help them to make a plan to control fire.

Once the fire gets controlled, then the drone is allowed to take another aerial survey to locate the smoldering area. And this will help to avoid big fires after controlling fire once.

This method aids the firefighters to control the fires faster and it also ensures the lives of firefighters in rescue. It is essential to monitor a critical situation during the operations to protect firefighters.

Drone with the thermal camera is useful in inspecting complicated infrastructures such as towers and power lines.  Drones are effective in inspection jobs and provide the best career opportunities for drone pilots because drones easily cover a vast area and provide clear aerial views.

While using the normal camera, there are few problems to identify or inspect the issues in power cables and towers. One of the problems is that drones cannot fly close to the tower or power cable structure because they radiate strong electromagnetic waves.

For that reason, Thermal cameras are fixed in drones. This makes the inspection of power lines and towers issues easier. 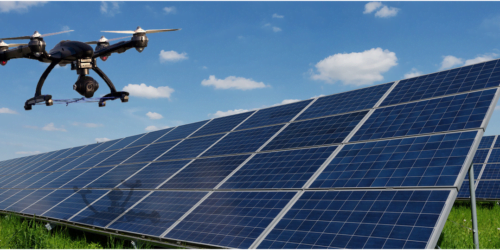 As the world is giving preference to renewable energy, here solar power plants are considered as a cost-effective method and easy installing power systems. This solar plant requires a huge land area to install it and therefore it is difficult to install it.

Further, this seasonal power plant should be maintained and inspected at regular intervals of time. Drone with a thermal camera can be used to solve the maintenance problem.

The problems in solar power plans are due to huge heat formation. Because here photovoltaic cells are used to convert the heat energy from the sun into electricity which creates an abnormal heat signature.

This may cause damage to the solar panel. So to avoid this, drones are allowed to inspect at regular intervals.

Drone with a thermal camera is useful in inspecting outside of the old building and commercial building. To cover the internal area of the building thermal imaging cameras for moisture detection and termite detection were used.

With the help of these tools, you can easily figure out any leakage in that building. In homes, you can save money in recognizing water leakage and construction damage. The drone provides a complete view of the roof within a few minutes.

The most important application of a drone-thermal camera is oil and gas pipeline inspection. Here, the thermal camera will figure out the leakage spot and prevent further effects of leaking. It will give a wide view and also very tiny information about leakage.

Thermal cameras with drones aid in detecting the temperature range of land crops which in turn shows the disease in crops, insects, etc. This will help you to prevent your crops from affecting the yield. It also detects movement of unwanted people in the crop field.

Thermal imaging provides another perspective view of the world. A drone operator with a thermal camera may see the terrific view of the field. You can purchase the thermal cameras at an affordable price, yet one should require special skills to operate the drone and camera for processing the data.

The best about using drones is that it will save time and cost by minimizing the number of operators or engineers.