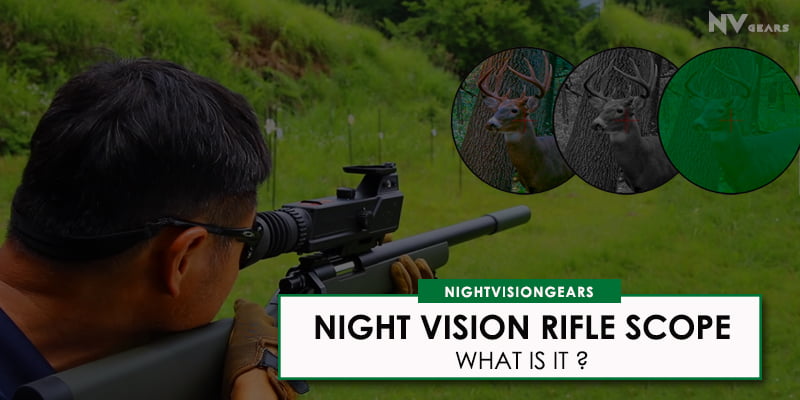 What is a Night Vision Riflescope?

If you are planning for nighttime hunting, then these night vision riflescopes are a great choice. It allows you to enhance your shooting game and help you to spot the target.

A Night Vision Riflescope is a tool that is designed for nighttime hunting and also during the day.

Night vision riflescopes allow us to navigate in the dark, and these are widely used by tactical operators, law enforcement, and hunters to improve their accuracy at longer distances. 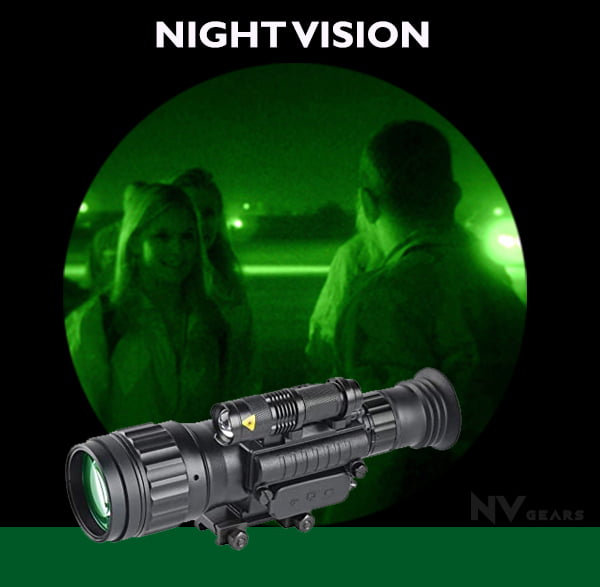 A good night vision scope must have a usable reticle and should produce clear and focused images.

The reticle needs to work in night vision, and it must be illuminated, or it will be difficult to see in the dark. So that the night vision rifle scopes are always paired with IR illuminators, which primarily works as “flashlights,” and it can’t be seen through the naked eyes.

The lens takes the light to the intensifier tube, and it supplies the power to the tube where the light is being converted into electrons.

It happens on the microchannel plate.  Thus, more and more electrons are formed. Further, it interacts with the photons and creates an original image. 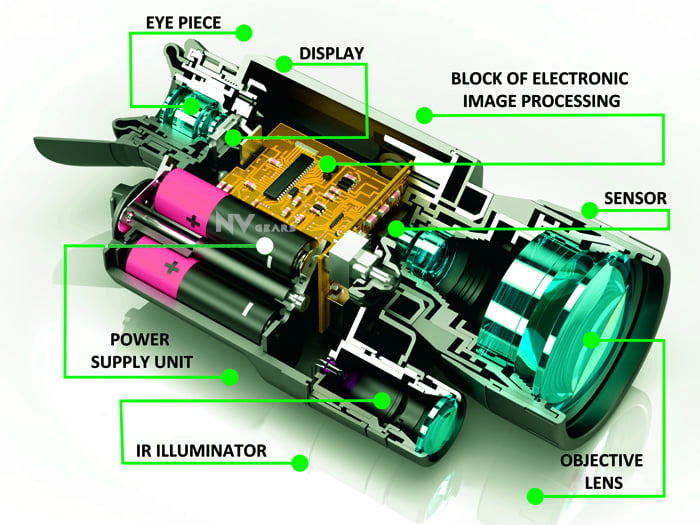 It is used to amplify the existing light and give the user a clear view of the image.

Night vision rifle scopes are one of the great night vision devices, and they can be classified into two main types. 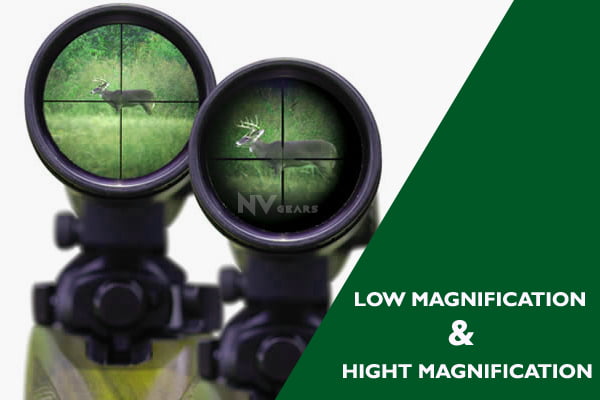 These scopes are called day/night systems because they can be removed in the daytime and can be attached at nighttime.

Although the day and night systems are more versatile, most people are likely to prefer weapon sights because they offer more performance.

The development of Night vision scopes has gone through various stages, and they are categorized into groups known as Generations.

Moreover, these generations of scopes are distinguished by the image intensification technology.

There are different types of generations, such as GEN I, GEN II, GEN III, and GEN IV.

If any technological advancement is done, a new generation is introduced to the market with many features and developments. Here’s the different types of technologies are explained below,

The GEN I devices are passive devices, and they use the ambient light of the starlight and moonlight instead of active infrared lights.

The image intensifier used by this GEN I device produced a light amplification of around 1000x, but they were heavier and largely impractical. 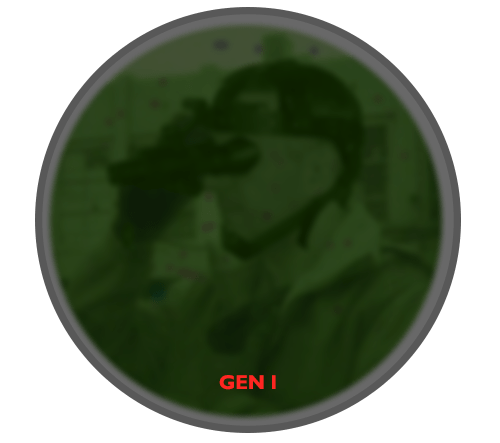 GEN I night vision devices used photocathode to increase the image resolution and to reduce distortion, but this scope produced lower resolution and blurry images. Also, these devices had the disadvantages of a limited field of vision, and it requires an additional power source.

They have been used since the early 1950s and these GEN I devices are one of the greatest choices among the peoples because they are cost-effective and easy to acquire.

GEN II has improved quite a lot from its previous version GEN I. These GEN II devices allow the users to see in low-light conditions.

Also, it works without any ambient light. The GEN II devices feature a microchannel plate; thus, it produces clear and bright images with good resolution. 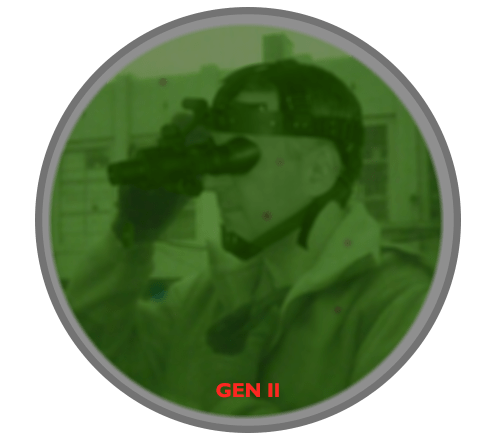 GEN III uses the same technology as GEN II. However, the resolution and sensitivity are much better than GEN II.

In the GEN III night vision scopes, the resolution and sensitivity are much better due to the change of the photocathode into gallium arsenide. 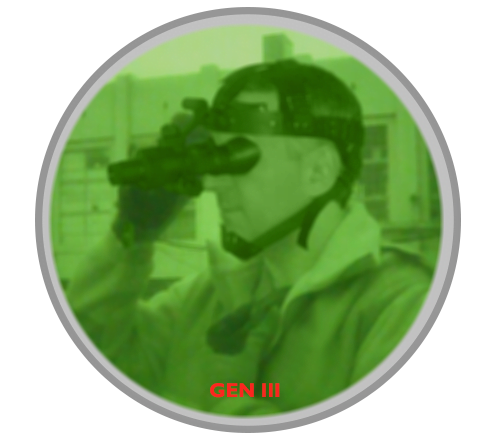 As a result, these GEN III scopes delivered clear and brightest images. The life expectancy of the GEN III device is about 10,000+ hours.

The advantages over GEN III night vision scopes are brighter and clear images with less noise, better resolution, and greater light amplification. They are often used by the military, law enforcement, and homeland security.

GEN IV scopes are the top-range night vision rifle scopes. The removal of the ion barrier is the basic difference in GEN IV.

The removal of the ion barrier helps to reduce the noise and improve the signal-noise ratio. 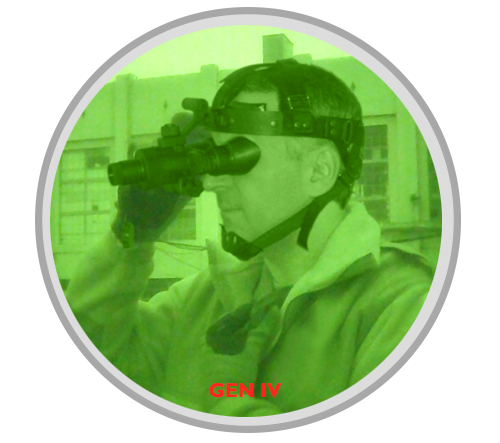 These GEN IV scopes are not available for civilian use also they are quite expensive, and it’s only used by military personnel and law enforcement.

Let us know to look at the night vision rifle scope’s features and benefits in detail.

The remarkable features include,

The resolution of an optic is essential for hunting and tactical operations. This resolution is usually measured by the lines per millimeter(LP/mm).

If it has more lines per millimeter, it can provide better clarity to the obtained image. Otherwise, it gives a very dull image.

Moreover, it gives 64-72 lines per millimeter. Thus the clarity of the scope determines the quality of the image.

The tubes, lenses, and other parts of the scopes are made of the best quality materials.

Thus, it is a durable product.  As the rifle is made of waterproof materials, it can be used in all weather conditions.

While you shop for a night vision rifle scope, you should consider your shooting range.

This range of your riflescope determines whether you can target your shot and you can see over thousands of yards. The effective range is often measured by the amount of ambient light.

Generally, longer optics are good at generating more lights. A scope can have a recognition range of 600 yards, but in a full moon, it may have only 100 yards with an overcast sky.

Most of the rifle scopes work only at night, and some of the scopes can be used both day and night.

The scopes that work during day and night require manual changes of the modes. And some may automatically switch between two modes.

Always need to confirm that if the rifle scope works both during the day and night before buying it.

Some of the scopes don’t work effectively during the daytime, but it could be tagged as suitable for day and nighttime use by the manufacturers.

Most of the night vision rifle scopes have Wifi/Bluetooth facilities to connect with your gadgets wirelessly.

It captures images and records videos so you can share that with your friends and family.

Automatic recording is available with the night vision rifle scopes, and they are expensive.

The night vision rifle scope can be used at the time of night boating, fishing, and hunting.

Mainly, the army people use the night vision rifle scope to detect the hidden places of the enemies. Also, at the time of war, these rifle scopes are used.

While viewing the images through the night vision riflescope, generally, they are reclining. The night vision optics drop lots of depth. So that the differences in the outlook and shadows can’t be picked up using the scope.

Night vision rifle scopes can be used for target shooting, hunting, security, and tactical situations. Many finest types of night vision rifle scopes are available in the market. These riflescopes from different brands provide you with different choices, and top delivering performances so no need to be concerned about battery life. Many of the rifle scopes come with less expensive options, and some might be more expensive options. All you need to do is find the right one. Pick out your budget and needs and then consider the options that fill those roles.

We believe that the above points are very useful to you in collecting the important points about the night vision rifle scope.